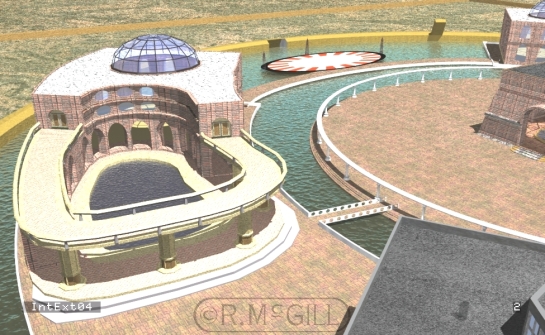 This was to be an animation but it would take too long.

I keep wanting to extend this by adding more rooms and a nice garden.
Below are more shots with completely different lighting. 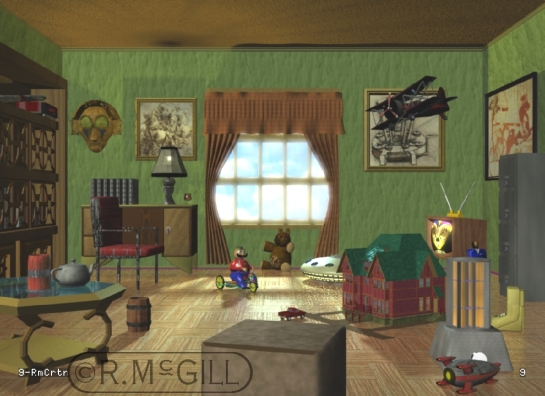 Made the curtains first then added more and more stuff to the room, then I added even more stuff. 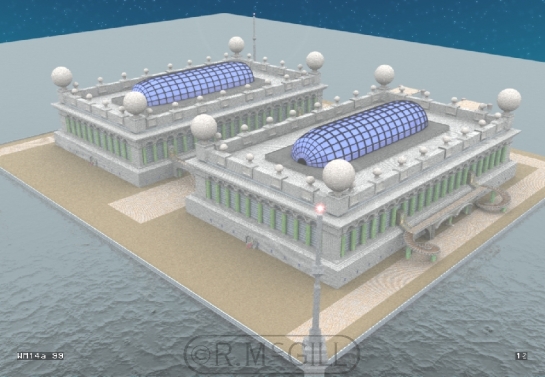 The model in this image is ‘WM14’.
The WM is for Windsor McCay, I tried to do a series of architectural models inspired by his art. The next things I need to add are crowds of people and flocks of birds. 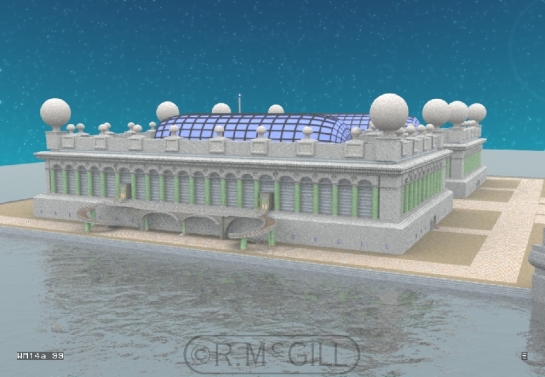 Windsor McCay is the guy who created Little Nemo. His drawings of animals are rarely matched. He spent a lot of time in the Bronx zoo studying them.
His drawings of people have a vitality that I’ve never seen in any other artists’
renderings.

A look at the where the boats dock.
I have to make 3d seagulls.
I have some boats but they are not of quite the style that would fit.

These are way too sterile without people and all of the dirt they bring in that give a place that ‘lived-in’ look.

Another view of one of my favorite interiors, this and the next shot just have the camera moved to different spots. 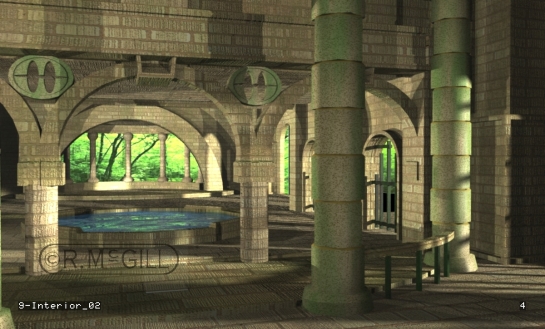 I have completed the area that is behind the camera but I can’t find the finished renders. Too many places to look on too many computers & too many harddrives.

Stylistic inspiration: Angkor Wat. The worlds largest example of its type. Even after the length of time that the jungle and the weather have taken their toll what is left is remarkable.
I have to string together the similar models I’ve made to build a complex in the
style (but no where near the scale).

This is the interior of the center building from the first picture (at the top of the page).

Problem is I have no idea what kind of furniture to put in this room. I don’t even have any  notion of what this building is to be used for. 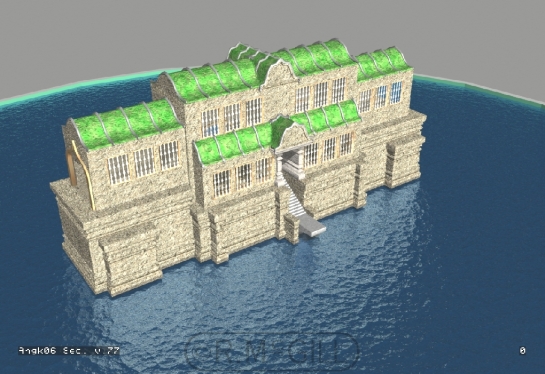 A small part of a larger complex. I’ve got more buildings of this type that I can put together to make, something (?). 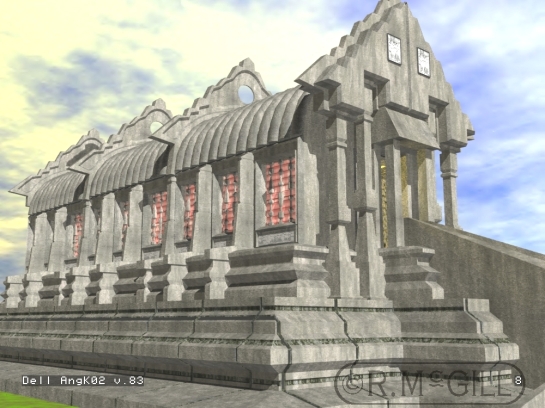