I have been doing 3d modeling & animation since the mid 90’s. My first 2 or 3 programs were entirely text based, no mouse !

You kidz and your mousey graphical programs, git offa my interwebz. 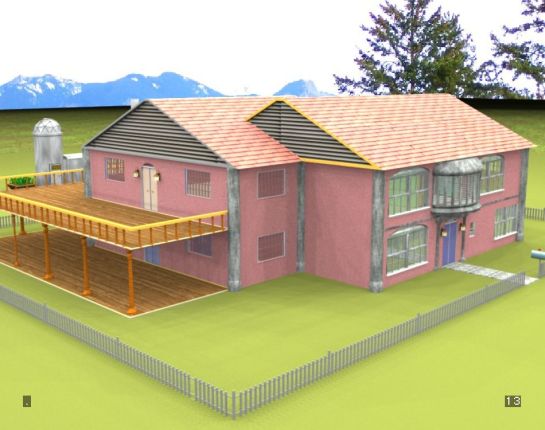 above: 1286, frame 13   Originally began as an interior 3d model of the kitchen of my former residence. For some reason it became an external model.

The observatory in the backyard was because something astronomical happened in the news around the time I was finishing the model.

FB-1600, was supposed to be a faithful model of a floor plan, but they never remain true to the  the ideas I start with ( see above).

The car model is from some place on the internet, I lost the attribution, whoever made the model, I apologize for not being able to give you credit.